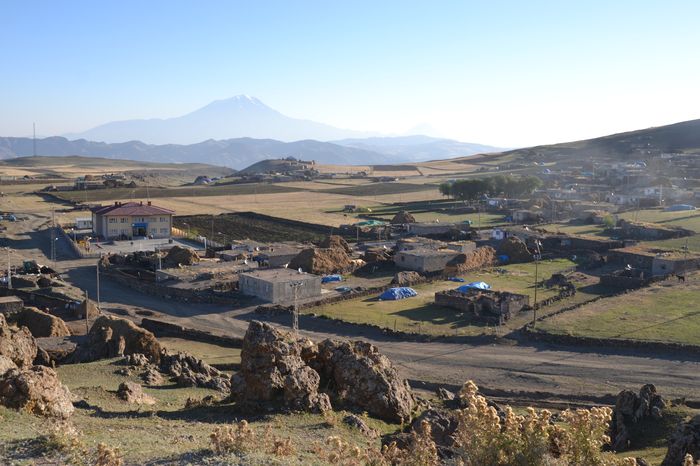 The caves in Tuzdagi, which have been formed 60 miilion years above, remind us of Cappadoda. However, these are not natural caves, instead, these are old enterprises, which have been dug by the humans to extract salt. This place has been operated by many nations and States who hat lived in the region. During the Ottoman era, Tuzdagi region is the most important mining area for the satisfaction of the requirements of the region. To operate his place, they have even built bridges and passages, the remains of which have been found today.

In the entrance of the new enterprise, a gray fox looks towards us from the hills. We can not see but everyone gets excited. Since the salt meets humid air in the entrance of the mountain, it resembles foam. It is hard, white and bubbly. When we enter the cave, cool air, which smells of salt surrounds us. It is said that the air inside was good for the asthmatic people. Nowadays a company has taken over the operation of the Tuzluca caves.